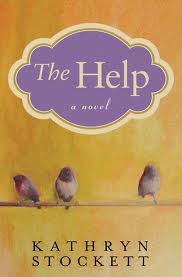 “You is kind, you is smart, you is important.”

With these words, Aibileen Clark, a black house maid to the white Leefolt family in Jackson, Mississippi during the 1960’s, tenderly encourages her two year old charge, Mae Mobley Leefolt, whose mother seems incapable of showing any love to her child. Aibileen schools the child to repeat the words, hoping to avoid what Abilieen knows is all too predictable an outcome—that Mae Mobley will grow up to be her mother.

This poignant scene is intrinsic to the message behind The Help, Kathryn Stockett’s stunning novel turned film released last week. A depiction of the mindless cruelty of white families towards the women who cleaned their homes, cooked their food and tended their children, the movie is by turns moving, funny and always thought-provoking.

Skeeter Phelan, an idealistic, aspiring writer and member of the Jackson society newly returned from college approaches Aibileen, and other “Help” of the film’s title, to tell their stories privately so Skeeter can document their world for others to see. Skeeter’s awareness that The Help have stories worth telling puts her at odds with her childhood friends (chiefly one Hilly Holbrook), who are determined to maintain their lifestyle at the expense of the dignity of those who work for them.

Aibileen and her best friend, Minny Jackson, recently fired by Hilly Holbrook, reluctantly agree to talk, terrified that they will be discovered, as their discussions with Skeeter are literally illegal in Mississippi. Yet no other maids will consent to be interviewed until Yule May Crookle, hired to replace Minny, is arrested and beaten by police when it is discovered that she pawned a ring belonging to Hilly after the employer refused Yule May’s plea for a $75 dollar loan to help send Yule May’s sons to college.

The publication of the book of maid’s experiences sets Jackson on its ear, while Hilly, recipient of a mortifying comeuppance at Minny’s hand, desperately tries to convince the town that the tales told within are not those of Jackson society. In the end, life changes for just about everyone involved as Skeeter, Aibileen and Minny relish their newfound friendship.

With astonishing performances by Viola Davis (Aibileen) and Octavia Spencer (Minny), The Help features a fine cast which stays true and brings life to the beloved book.

And as Aibileen pulls young Mae Mobley to her one final time and has the child repeat the words she has instilled, the viewer can only hope that some of Aibileen’s kindness and courage have taken root in the minds of the babies she has raised.

In a summer full of super heros, convoluted love stories, transforming robots and lots of drunken debauchery, The Help is an inspiring, moving tale of unlikely friendships and courage. Well worth the price of admission. And if after seeing the film you’d like more of The Help, Stockett’s novel is a richly rewarding read. Four stars for each!