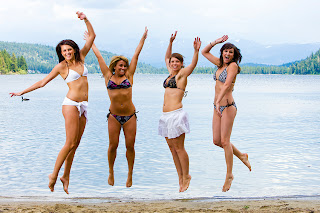 You know about expiration dates. They’re the itty bitty numbers stamped on perishable products like milk, medicine and meat.

That carton of milk with last week’s date stamped on it? Take a gulp of that and you could find yourself chewing on curds and whey a la Little Miss Muffet. Unless you want to chance breaking out in purple polka dots, you might want to call your doctor for a new prescription instead of downing those expired meds. As for expired meat, well, let’s just say that if you’re looking to develop an intimate relationship with your bathroom, go for it. Otherwise, steer clear.

So, expiration dates are useful, one could argue even essential, when it comes to the well-being of the American people. But I don’t think the government has gone far enough.

An annual plague assaults the nation between late May and early September, a flood of horror which could be stemmed if our leaders would expand the use of expiration dates, attaching criminal penalties to anyone who willfully ignores the time sensitive directives.

I refer to individuals who insist on wearing entirely “un-suitable” bathing suits long past the expiration date stamped on the wearer’s body. And make no mistake, the date is there, even though it’s apparently invisible to the offender.

Generally, it’s easy to determine if a suit’s date is expired. Three handy tools to assess expiration dates are universally available, but unfortunately too often ignored. The first—a mirror, the second—the size marked on the tag of the suit and the third—a calendar.

Here’s how it works: put on the suit in which you intend to go out in public. Stand in front of a mirror. Now take a good, clear-eyed look at what you see. If large parts of you are hanging over the sides, front and back of the suit in question, you have passed the expiration date for that suit.

Most frequently, this applies to women and bikinis or two-piece suits. Ladies, if your belly is flopping down over the top of the suit and the girls above look like they’re screaming to pop out of your top, IT’S EXPIRED! Take it off and look for something else.

If squeezing into a smaller size of clothing strokes your ego, that’s understandable. But while it may work with a pair of jeans loaded with figure friendly spandex, it most certainly does not work with four triangles of polyester the size of cocktail napkins. In fact, hold up cocktail napkins to your personals and see if they cover you. If you would not think of wearing them in public, then cocktail napkins masquerading as bathing suits shouldn’t enter the realm of the possible. EXPIRED!

Finally, look at the calendar. I’m not talking about the January through December calendar. I’m talking about the year of birth calendar. If you are anywhere on the plus side of fifty, YOU HAVE PASSED THE EXPIRATION DATE FOR BIKINIS. I don’t care how fit you are; no one wants to see a fifty-plus year old in a bikini. It’s cringe inducing. (This comes from a former bikini-wearer.) Needless to say, this goes double for the woman on the beach in Ocean City who is clearly in her seventies and insists on wearing a bikini, along with beach jewelry and a ton of make-up. For the love of god, put on a one-piece or at least a tankini. Your expiration date passed two decades ago.

Lest the guys think expiration dates are only for the ladies, the above rules all apply to you, with one exception. There is no expiration date on Speedos because THEY ARE FORBIDDEN! No man, no matter his physique, can pull off a suit that makes his parts look like shrink wrapped grapes. Don’t do it. Ever.

Currently, there are no criminal penalties for ignoring swim suit expiration dates, despite the fact that offenders create nausea, horror and occasional panic (as when mothers rush to shield the eyes of their young) in the exposed population. But I propose that offenders who refuse to change their ways be forced to chug a gallon of spoiled milk.

Maybe then they’ll know how the rest of us feel.