Madonna "Vogues" Her Way into the Old Rockers Hall of Fame 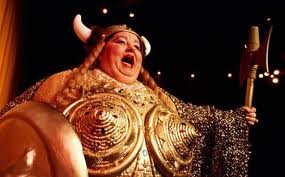 What in the world was that?

During Sunday’s Super Bowl halftime show, viewers were treated to yet another installment of “Yes, I’m way too old for this, but because I am a delusional rock star, I will now prance around, act foolish and lip sync my way through my former hit songs while you all pay me homage and continue to adore me.” This year’s foray into insanity was provided courtesy of Madonna.

As a chronological peer of the Material Girl’s, I’m more than on board with the notion that while we might be getting older, we aren’t dead yet and we still have a lot to show the rest of the world.

That said, we should not be showing the world our arthritic knees, as Madge appeared to every time she squatted down during a dance move and slowly hauled herself to her feet to continue prancing, or rather, clomping across the stage.

I feel for the girl. My knees aren’t what they used to be, either. In fact, they now crack and pop so regularly, they could have provided Madge with the percussion accompaniment to her musical extravaganza. Then again, I’m guessing her own knees filled that role.

Madonna did put forth a valiant effort, adding to the painful-looking squats by launching herself into the arms of backup dancers who flipped her upside down in a cartwheel maneuver, making certain to carefully set her on her feet. You could almost see the guys hesitate for a split second before continuing the number as if to make sure that Grandma wasn’t about to take a tumble.

And what was going on with the costumes? Was that thing on her head a Viking helmet? If so, at least she spared us the cone-shaped bra. How about the cheer-leading get-up? I’m not suggesting that Madonna (who looks great for her age) strap on a big, old pair of Granny Panties, but a cheerleading outfit with pompoms on a 53 year old woman is just wrong.

I don’t know who makes the half time entertainment decisions, but ever since Janet Jackson’s infamous wardrobe malfunction, the powers that be have frequently decided to err on the side of the borderline decrepit, engaging the likes of the Rolling Stones (with the emaciated pairing of Keith Richards and Mick Jagger peering out from their wrinkles), Sir Paul McCartney, looking like the cute Beetle’s great grandfather, and now Madonna, younger than the others, but still past her Vogueing, Like a Virgin, prime.

The artists of yesteryear certainly deserve respect, but so does the audience. There is a way to age gracefully and still perform without looking desperate. Witness Rod Stewart, that wild-haired, husky voiced British bad boy who came out with an album of standards a number of years ago and found a whole new fan base.

Celebrities who refuse to acknowledge the passing of time risk looking foolish at best, pathetic at worst. Further, they often end up alienating the very fans they’re trying so mightily to keep engaged. All I could think about during the half-time show was, why didn’t they just hire Lady Gaga, the current incarnation of Madonna, and save us all the embarrassment?

Okay, it wasn’t that bad, but it was uncomfortable. I held my breath through most of the episode, alternately fighting a fear that Madge was going to trip and crack her head open and rolling my eyes at the whole overwrought, dated production. The only part of the show that was remotely palatable was the final number, when Madonna sang Like Prayer backed by a gospel choir and accompanied by Cee Lo Green (one of multiple current performers thrown into the mix to make it seem as though Madonna is still on the cutting edge.)

By all means, don’t give up doing what you love, Madonna, but next time, might I suggest shoes you can walk in, a skirt that covers your butt and a handful of a good joint medication? Oh, and you might want to pay someone to create new arrangements of your hits. Either that or just skip the squats and the cartwheels and show us your old videos. Because when you try and convince us that you’re still 25, you just look silly.