Judgement Day: Can I Have Another Chance, Please? 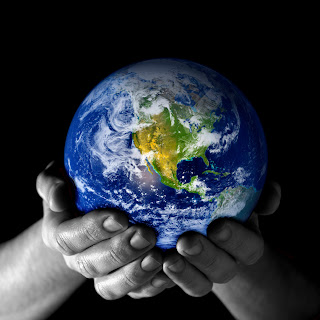 As I write this, there are two days left until judgment day.

Apparently, it’s been a long time coming, but according to one Harold Camping, who insists he knows these things, the date has been on the books for a while now. At least he really, really thinks May 21, 2011 is the date. He originally thought Armageddon was slated for 1994, but when that came and went, he realized his calculations were a bit off.

This time, though, Harold is certain. And I’m vacillating. Between unnerved and relieved.

Of course, I’m unnerved for all of the obvious reasons. I consider myself to be a fairly good person, but truth be told, these dooms-dayers have some pretty high standards for being “saved” and I’m not sure I measure up. Okay, I’m pretty sure I don’t measure up. And frankly, I don’t think there’s enough time for me to remedy that by Saturday.

If I don’t end up being saved, it appears I’m stuck here with lots of other folks who aren’t worthy, either. Which would be okay if we were all on the same level of un-worthiness, but the implication is that I’d be marooned with a bunch of n’er do wells with much longer rap sheets than mine. And I mean that literally.

It’s scary stuff to contemplate, but there is an upside. Even if I’m in lockdown with a planet full of trouble makers, it’s only until October, when Earth is set for her swan song. It kind of puts things in perspective and I don’t know about you, but should I find myself waiting around until then, I intend to do things differently.

For example, I won’t be worrying about the fact that my baseboards are in need of a cleaning, along with the curtains, windows and under the bed. The bottles of long expired condiments in the back of the fridge residing next to multiple containers of who knows what? Eh, no big deal.

I keep forgetting to get to the dry cleaners, but that doesn’t really matter, either. First of all, if the dry cleaner guy has a purer soul than me, he won’t be there, and second, I doubt I’ll have occasion to wear that sexy black dress again. Nor would I want to, since it’s things like that which probably got me into trouble in the first place.

Gas prices won’t bother me too much any more since I figure five months is about how much longer I could afford to drive a car at the rate things are going. After that, well, I won’t be needing a car where I’m going.

I’ve reached the point where I figure that what’s going to happen is going to happen, and while I’d rather be on the up side of things, either way, it’s pretty freeing to not worry about dealing with life’s messes and mayhem beyond Saturday. In the words of Doris Day, “Que Sera, Sera,” and if what will be involves the eventual destruction of the planet, I think I’ll take it easy.

Of course, if you’re reading this, then it’s probably Tuesday, May 24th, which means that Harold must have miscalculated. Again.

Oh well. I guess it’s time to clean out the fridge. I’ll get to it right after I get back from the dry cleaners. Maybe there’s still time to get some use out of that black dress.

If you’re still here, let us know by clicking “comments” below!