I Wish I Were an Oscar Meyer…. 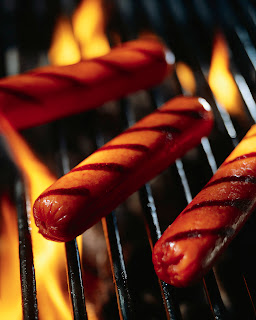 Weiner. Yep, there. I said it. And so has every other person in this country over the last week. So, here we go again.
Wasn’t it less than a few weeks ago that we were talking about another man behaving badly? The ex-governor of California with his in-house maid/lover? And hasn’t John Edwards made his way into the news again this week over possible funds that were used to hide and care for his mistress?
Are our American standards way too provincial? Are we being way too hard on guys in power seats? Or are all of these guys just a bunch of weiners?
I just knew all of this instant technology would allow people to act more impulsively than they might, if they had to shoot and develop photos and put them in the mail. And I also know that until this ‘weinergate’ scandal is resolved, the New York congressman will continue to be grilled.
What’s your take on the latest political scandal? Should he stay or should he go? Is what he did a big deal? Is ‘flirting’ or ‘sexting’ on cell phones, computers, etc. equivalent to real-encounter infidelity?
Mary Fran Bontempo2018-10-30T09:56:04-04:00June 8th, 2011|3 Comments