Hollywood Make-Up Does an About Face 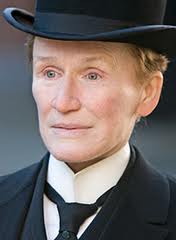 I need a make-under.

No, it’s not a misprint. After countless years and dollars spent doing battle with the forces of age and gravity, I’ve finally discovered the secret to looking fabulous—or at least making everyone think I do.

And I have Glenn Close, Meryl Streep, Viola Davis and Mara Rooney to thank for it.

This year’s Oscar nominees for Best Actress are an enormously talented and beautiful group of women. But, with the exception of Michele Williams, up for her portrayal of Marilyn Monroe in My Week with Marilyn, you’d never know it—the beautiful part, that is.

Chances are that when the actresses arrive on the red carpet this Sunday for the presentation of the 84th Academy Awards, they will be stunning—primped, primed, dressed to the nines and gorgeous—and all but unrecognizable as the characters they play on film. Used to be that leading ladies in Hollywood got the glamor treatment for a movie. But now, it seems the homelier, the better, at least as far as the awards shows go. The worse a movie star looks on screen, the more likely she is to be nominated for an Oscar.

The lovely Glenn Close takes on the role of a man, or a woman who lives her life as one, in Albert Nobbs, while Meryl Streep submerges herself into the title character of Margaret Thatcher in The Iron Lady, both in the British politician’s glory days and in her current frail, elderly state. Meanwhile, vibrant, beautiful Viola Davis transforms into a simple, make up-less maid from the 1960’s in The Help, and the striking Mara Rooney becomes a tattooed, pierced, androgynous vigilante in The Girl With the Dragon Tattoo.

To a woman, their on-screen personas are hardly Hollywood-glamorous. In fact, the contrast between what the stars look like in their nominated roles and how they appear in real life has theater goers repeatedly exclaiming, “My god, I can’t believe that’s (fill-in-the-blank)!” when viewing the films. Then, when the women show up in all of their made-up glory for the Oscars, it’s “My god, (fill-in-the-blank) looks fabulous!”

And that, my friends, is what I’m going for.

So here’s my strategy: Snag a role in a big budget Hollywood film and make sure it’s a character-driven part that will require me to look like hell on the big screen. I’ll get a make-up artist to add all sorts of (additional) wrinkles, bags and sags to my visage, enough so that a shot of me 70 feet wide by 30 feet tall will have the audience all but running from the theater. Then, I show up in my real life with my usual prime and spackle make-up job, at which point, everyone who sees me exclaims, “Mary Fran, you look gorgeous! Have you had work done?”

Wait, you mean I can’t simply sashay into Stephen Spielberg’s office and beat out Glenn and Meryl for a part? Fine. Then I’ll just do my usual schlep to the grocery store in my sweats and no make-up and tell people I’m researching a role as a bag lady for a community theater production.

Either way, after seeing me at my absolute worst, even a little mascara and lip gloss will have the masses marveling at how incredible I really look. It may not get me an Oscar, but I’ll save a fortune on useless potions and lotions.

And with the extra money, I think I’ll go to the movies. If the film is an Academy Award contender, there’s a pretty good chance I’ll look better than whoever is on the screen.

Good luck to all of the Best Actress nominees!

(See the amazing video of Glenn Close’s transformation into Albert Nobbs, below!)