From Dracula to Becquer 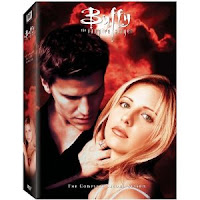 In the good old times, vampires were evil creatures of the night who combusted in the sun, were repulsed by garlic and turned to bats or disappeared in a mist when threatened. They were hideously ugly, their skin unhealthily pale and their nails long and sharp like talons of birds of prey. Their name was, often, Dracula.

Back then, the vampires were always the bad guys, who showed their evilness by luring innocent girls to their lairs or entering their alcoves in the middle of the night to drink their blood, leaving behind an open window and two small piercings on their necks.

Anne Rice changed that by giving us the vampire’s point of view in her 1976 novel Interview with the Vampire. There, we met Louis, the reluctant vampire who hates himself for what he is and Rice’s hero the Vampire Lestat, who has evolved beyond his long forgotten humanity.

Multiple vampires stories have appeared since, both in books, movies or TV shows, many of them aimed at young adults. And step by step the dreaded monsters have become beautiful, powerful beings, who, in some cases, even have a soul.

For me, the version that stands above all others is Joss Whedon’s Buffy, the Vampire Slayer.

In this TV show (1997-2003), Buffy, the only one in her generation with the power to slay vampires, is a teenage American girl who attends High School during the day and kill vampires and other monsters at night.

Buffy was a smart show with great characters, witty dialogue and, consistently, good stories to tell. Plus it had Angel. Angel was a two centuries-old vampire cursed with a soul that falls in love with the slayer. He was introduced in the first season and was planned as a sporadic character. But the chemistry between Angel and Buffy was such, that not only did Angel become a regular in the first three seasons of Buffy, but Wes created a spin off (Angel, 1999-2004) just for him, as well.

Since the series Buffy and Angel were canceled, I have read many other vampire novels and watched a couple of episodes of other vampire shows, but I have not become a fan of any of them. In my opinion, neither True Blood (the vampires have no sense of style), nor The Vampire Diaries, nor Vampire Academy, nor Twilight can hold a torch to Buffy.

And if you want to know what happens to Becquer, my vampire character from Garlic for Breakfast please go to http://carmenferreiroesteban.wordpress.com/ where I have added some new posts of his adventures.