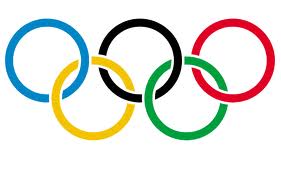 During the Olympics, for me, at least, it’s pointless to talk about much else.

Never a sports fan, I devour the sports section in the newspaper and click on every article of Olympic coverage online, also staying up far past my bedtime to watch the ever-cool Bob Costas interview athletes and dissect the day’s events.

Given my Olympic fever, I often try and picture myself competing, an image that, thankfully, remains in my head, as any attempt by me to play an actual sport would elicit howls of protest from anyone actually qualified to play.

But I can dream, so following are a few Olympic sports I’d like to try my hand at—as well as a few I wouldn’t.

First, badminton. I figure the sport might be wide open after eight of the top contenders were sent home for cheating—cheating to lose. The structure of the tournament gave certain teams an edge if they played badly; so they did. Since so many top seeds were sent packing, I thought I might have a pretty good chance at a respectable, or at least not horrific, showing. Plus, it’s hard to be injured during badminton. Neither the racquets nor the ball…er…shuttlecock, is heavy enough to inflict much harm, a plus in my estimation as if anyone were going to be hurt playing a sport, it would be me.

Next up, the trampoline, which I didn’t even know was an Olympic event. I’d definitely like to have a go at the trampoline; I mean, how fun is that? http://www.olympic.org/trampoline Jumping up and down, flipping around…talk about reliving your childhood. Before I signed on, though, I wanted to find out about the history of the trampoline in the Olympics, so I visited the Olympic.org site but the trampoline page was blank. (Since been updated!) Oh well, so much the better for me; the only rules for jumping on a trampoline should be have fun and don’t kill yourself. I think I could manage that.

Curling doesn’t look too hard, either. I looked into this one and there’s a curling club that teaches classes right near my house. If I start training now, look out 2016!

Then there’s beach volleyball. Which I wanted to try because of the whole beach thing. But then I looked at the athletes’ teeny, tiny bikinis and I thought, Nah. Nobody needs to see that.

Another sport I’ll pass on is the modern pentathlon. The event consists of five contests in which athletes compete in fencing, swimming, horseback riding, target shooting and running. All in one day. I’m exhausted just reading the list. No thanks.

You can also have wrestling, weightlifting, boxing…in short, anything that would require an awkward uniform, make me sweat too much or involve someone punching me. Frankly, that sounds less like a sport than it does an excuse for countries with differing ideologies to beat the crap out of each other one-on-one. If only we could make the politicians compete in the boxing ring; now there’s an Olympic event.

Frankly, the sad truth is that even in my prime, the only competition I ever entered was a spelling bee, which I always lost. (Thank God for spell check.) Which may be why, when the Olympics come around, I’m mesmerized. Athletics are simply beyond me.

But with events like the trampoline and curling, maybe I’ll find my competitive edge yet. I could win a medal. Do they come in lead?