Cooking for a Cure 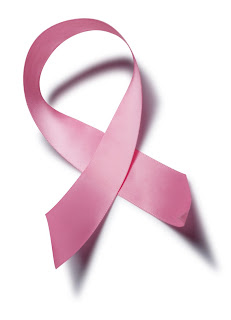 I’m not a big cook book collector. Those that I have collected over the years have been gifts, from interviews with chefs or those spiral varieties from charity fundraisers.
In all honesty, the fundraiser cookbooks were rarely cracked open—-at least until now. It’s not snob appeal; culinary superiority or anything. It’s just that I’ve rarely found more than a handful of dishes that I might enjoy, because they have generally contained recipes for ‘pickled’ items, one-pot dinners and other items I would probably never make.
But then I received a copy of Karin’s Fool Proof No Goof Cookbook, A Culinary Adventure. It has a cute cover and name, but so much more. On a quick ‘flip through’ I was happy to report that it exceeded my criteria for purchase— at least three recipes I would surely prepare. So tonight, it’s an easy Banana Bread recipe (slightly different from my usual staple), and sometime down the road a Shrimp Quiche, Mang0-Pineapple Salsa, Oriental Fried Rice, Tomato Chutney, Barbecue Sauce, Linzer Cookies, Lemon Pound Cake and a Seafood Soup.
It has those nice equivalent and measurement charts and cooking tips, but most heart-warming of all, the proceeds from the sale of the cookbooks go to Sisters’ Circle, a non-profit support group for breast cancer patients.
As you might expect, Karin, the force behind the cookbook is herself a breast cancer survivor. And due to her vision, her book project has earned the group enough funds to help other women who are walking that same path—in need of wigs, food, support, comfort, a shoulder to lean on and an ear to listen.
I just had a slice of the Banana Bread, which of course, was enhanced with the addition of chocolate chips. It’s quite yummy. And in honor of the Royal Nuptials that all the world fell in love with this past week, I think Karin wouldn’t mind sharing her recipe for a quite proper Apple Butter Date Chutney:
1 (17 oz) jar of apple butter, 6 dates, 1 1/2 T. lemon juice, 1/23/4 tsp. salt, 1 tsp. ground coriander, 1 tsp ground cumin, 1/2 tsp. ground hot red pepper. Cover the dates with boiling water and soak 10-15 minutes, then grind to a paste in a chopper. Mix apple butter, dates, lemon juice, salt, coriander, cumin and red pepper. Store in the refrigerator.
Karin’s Fool Proof No Goof Cookbook sells for $12 (plus shipping). For more information, call 215-393-9749.
Mary Fran Bontempo2018-10-30T09:56:09-04:00May 5th, 2011|1 Comment