Closing the Book on Teen Torture

A middle-aged woman looks at life with a laugh!
By:  Mary Fran Bontempo 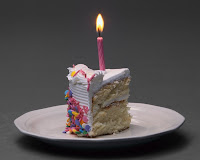 Meg would consider the term “milestone” a stretch, as the number holds little of the magic of prior birthdays.

Thirteen heralds the beginning of the teenage years, the eagerly anticipated move away from childhood. Sixteen equals the coveted driver’s license, while eighteen signals legal adulthood.

But twenty doesn’t mean much, at least not to a twenty year old. It’s a kind of limbo, as the Holy Grail of birthdays, 21, the legal drinking age, is still a year off, a lifetime for a college student who can’t wait to “go out” with her friends.

For me, however, my youngest’s twentieth birthday marks the end of an era.

In any household, the teenage years can prove tumultuous, at best. At worst…well, let’s not go there. Suffice it to note that the saying “Teenagers are the reason some species eat their young” is grounded more in truth than hyperbole.

Like most families, we’ve handled our share of teenage angst. The older two kids navigated piercings, broken hearts and bad decisions with appropriate levels of hysteria, dragging their parents along for the ride. (Dragging their mother along for the ride, that is. Dad, citing hearing deficiencies, an inability to decipher teenage-speak, or any other convenient excuse, frequently floated above the fray.)

By my estimation, we (I) have been stranded in Teen Hell for a whopping eleven years, during which time I had to start coloring my hair and begin taking medication to lower my blood pressure. I’m sure there’s no correlation. Yeah, right.

So you’d think I’d greet the departure of the teen years with party balloons and fireworks. And a part of me feels exactly that way, more than ready to launch my youngest offspring into adulthood. (Never mind that the first two are still firmly entrenched at home. It’s a conceptual thing.)

I’m eager to snatch back the few remaining parts of me that haven’t been completely consumed by the day-to-day constraints of motherhood. In short, I’m looking forward to mining the middle age version of the cliché “finding myself.”

But unexpectedly, I find myself a bit wistful, too. Meg, unlike her brother and sister, has forever been my mild child. She possesses her father’s implacable demeanor, while her siblings echo my frantic nature. Even as a baby, I’d take notice as Meg, plunked unceremoniously in her walker, took in the frenetic goings-on around her, a wide-eyed look on her face. To this day, I can’t figure out if her expression marked amusement or subtly masked terror.

When I once questioned her about her habit of simply stepping back and watching the madness, she remarked, “That’s because I’m a spectator in this family! You’re all crazy!” A rather accurate assessment for a ten year old.

Consequently, Meg did the teen years with a calm belying her age. Girlfriends, boyfriends, high school drama all played out more like a PBS special than a soap opera. Sure, there was the occasional “Everybody else is going; why can’t I?” episode, but generally, the bumps were mere blips.

I’m not sure if she learned from her siblings’ mistakes or if she simply possessed some other-worldly instinct, but Meg actually enjoyed being a teen, and I enjoyed, after the first two go-rounds, when I felt as though I’d been drug along behind a runaway horse for around seven years, having a teen around.

Thus I’m a little sad to lose my last teenager—this teenager, that is. Truth be told, the next phase, that transitional time between college and full-fledged, out on their own adulthood, is pretty ugly and I’m not eager to add a third kid to that boiling cauldron.

So for now, I’ll haul out the photo albums, remember the little girl/teen who figured out how to do it right, and pray that her serenity lasts through her twenties. But just in case it doesn’t, I think I’ll refill my blood pressure meds and stock up on a gross or two of hair dye.