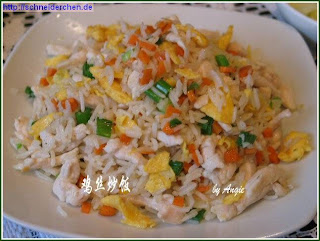 Chinese food as comfort food? I guess I had never thought too much about Chinese food falling into this category, but after lunch today at Chin’s in Doylestown, next to my favorite vet and odd spice shop (Cross Keys Shopping Center), it got me very warmed up, comfortable and satisfied.
After a snowy, cold morning and a bagel for breakfast, something hot that didn’t contain packaged bread for lunch, seemed like a good idea, and it most certainly was—-so here we go (I’ll return to crock pot dinners, bread pudding and yes, chocolate pudding just for She Shell (a dedicated subscriber) in the weeks to come).
The usual Chinese meal is well, hate to say it, pick the meal number (column a/b) or order the upscale shrimp, lobster and other seafood dishes. I can’t help but think of the Seinfeld episode where Jerry, Elaine, George and Kramer wait endlessly, while everyone else gets their table first; the matre ‘d clueless and with a heavy Chinese accent.
Even at the nicer Chinese, or Chinese/Japanese combo hip places, like Buddakan, you get a different twist; maybe different menu items. But let’s face it—-when was the last time you were blown away by the taste, quality and freshness of your Chinese dinner? Memorable? Wanted to take it home and eat it all again the next day(instead of feeling obliged to do so because of your memories of hungry pagan babies?) I can honestly say: NEVER (although I do like Cin Cin in Chestnut Hill; Susanna Foo’s various locations, but they’re Asian-French Fusion, which kicks it up a few notches and I do enjoy the highly caloric salt & pepper calamari appetizer from PF Changs, which counts as a 700 calorie meal. Yes, that’s right.).
I still remember a meal over 20 years ago (yes, memory like an elephant) that I had with childhood friend Carol. It may have been in Brooklyn, and I clearly remember having a hearty dose of chest palpitations for dessert. Scared the heck out of me, only later to find out that I wasn’t having premature heart disease; only a bad reaction from massive doses of MSG. Luckily, things have changed since then, although I bet msg still makes its way into enough low-brow Chinese dishes. I’m still shocked to find it on the label of many packaged foods.
Today was a delight. According to the women who served us, family style I might add, their veggies and produce come daily from the Philadelphia markets—fresh stuff: well, at least as fresh as you can get in the Northeastern US in early January. There were the usual choices, but that’s pretty well where the similarities between Chin’s in Doylestown, and most other standard Chinese-American fare ends. The dipping noodles weren’t greasy, the shrimp with honey walnuts were served with some interesting white sauce and angel hair Chinese noodles: absolutely fresh tasting and delicious. The ‘everything’ fried rice (pork, chicken, beef, shrimp) was drop dead delicious—–no heavy soy, no heavy salt—–fresh and tasty. The egg drop soup was just right: not like the sometimes gelatin variety you often find in the quick turnaround places. And the atmosphere was cozy, minimalist, trendy, simple and new. The staff was friendly and helpful and I am returning soon to expose my husband to the experience.
It got me to thinking that with a menu of rice, veggies and small portions of protein, not to mention soy, why shouldn’t it be fresh, yummy, not repeating on me for hours? Well apparently, it can.
It’s so exciting to find a new place to eat, so close to home. And I’m wondering how many of you have found good, fresh, Chinese in your neck of the woods. The woman at Chin’s told me that it’s hard to imitate a good Chinese dish in a home kitchen; due to the intense heat of commercial stoves and woks—-and that may be true. But I’m thinking how comforting it might be to cook up a pot of egg drop soup some cold day——on my handy, dandy stove. I’m going to try it one day; and I bet that it might not be just like Chin’s, but a hot, tasty treat to warm the cockles of my heart on these cold winter days, nonetheless.
Do you ever cook Chinese at home? If so, what, and what is your recipe source?
Mary Fran Bontempo2018-10-30T09:56:31-04:00January 13th, 2011|2 Comments