Above and Beyond the Call of Duty

A Middle Aged Woman Laughs at (and Suffers Along With!) Duty-Bound Men
By: Mary Fran Bontempo 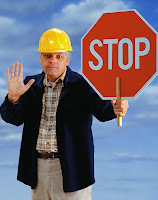 I know it’s a spouse’s job to be supportive. Once you say the “I do’s,” it’s expected that you’ll be there for your partner through the bad as well as the good.

But I can’t help but think there should be limits, places no spouse should be forced to enter under the guise of fulfilling marriage vows.

For example, no woman should have to enter a hardware store, particularly the big box variety, home to 847 different kinds of nails, screws and other gadgets designed to hold stuff together. Any place that maintains an atmosphere defined by steel beams and cavernous ceilings with exposed spray foam insulation and smells of newly sawn wood should be forbidden to the female in the marriage equation. If a guy wants to spend a Saturday morning trolling for the latest in power tools and wood stain, more power to him. The lady in his life should get a pass.

The same holds true of car places. By that I do not mean car dealerships, where a woman could choose a shiny new vehicle for transportation. No, that’s fun, and spouses should always be equal participants in fun. Rather, I refer to those places that provide maintenance to the shiny new vehicle once it is no longer shiny or new.

Auto parts stores, tire stores, garages with men dressed in overalls, speaking a language that uses English words but makes no sense to anyone missing testosterone as a major hormone, should be off-limits to wives. If the fellas get a jolt from being around copious amounts of motor oil, go for it. But please don’t ask us to accompany you. And for heaven’s sake, don’t make us go in your stead. That’s just cruel.

To be fair to the men, though, they really don’t expect us to accompany them to such bastions of maleness. They’d much rather deal with hammers, nails, sparkplugs and tire rims without our clueless intrusion. We’re not supporting them by accompanying them on those pursuits; we’re annoying them.

There are places we should insist on going with our men, however. It’s just that they don’t want us there, either. I refer, of course, to any doctor’s appointment that we’re forcing them to go on. (You know they didn’t make the appointment themselves.) We should go precisely because they don’t want to be there and won’t ask questions, absorb anything the doctor says, or follow through with instructions. This is where a supportive spouse is essential, since the guys take better care of their cars and power tools than they do themselves. But let’s be honest, they don’t want us there. It’s support under duress for them.

We women do not feel the same way, unfortunately for our guys. We want them to “be there” for us, no matter how painful the experience might be for them, which would explain the tortured expressions on the faces of the men sitting in the waiting room with me and a group of other women at the office of my gynecologist last week. (Before we go any farther, my husband was not among them.)

When I was expecting our kids my husband accompanied me for the requisite ultrasound screening, where we observed a blob on a monitor that the doctor told us was our baby. (We took his word for it as the grainy image resembled nothing so much as the negative of a Rorschach inkblot to us.) But none of these women were expecting, at least as far as I could see. In fact, most of the guys didn’t even join their women in the exam room with the doctor, instead sitting awkwardly in the waiting room, the blood drained from their faces, periodically breaking out in a cold sweat, with no idea about where to focus their eyes or place their hands. (One poor soul was even holding his wife’s purse, adding insult to injury.) So, the question remains, ladies, “Why?” Why would you subject a man you presumably love to that experience?

That should be the ultimate barometer. If you love your man, spare him. Sure, if you have a serious medical issue, spousal support is a given. But really, girls, making the guy go into the “lady doctor’s” office with you? At least let him sit in the car. Unless, that is, you’ve just had a huge argument, in which case, I can think of no more fitting punishment than making a guy sit in a room full of pamphlets detailing conditions he doesn’t want to know exist, much less have details about, while you do your business with the doctor.

Because what’s good for the goose is truly excruciating for the gander.

Where else should “spousal support” be optional? Share your thoughts by clicking “comments” below, in red!