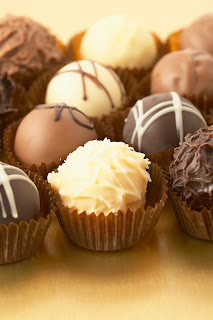 Nationally and globally, the scene was pretty much the same everywhere—a giant vortex of crap that inhaled everything in its path.

Sure, there were some positive developments, several dictators vanquished and some kindness among strangers a la the Kmart layaway angels who paid off the Christmas balances of folks they didn’t know. And yeah, I know I should be grateful for what I have and blah, blah, blah, and I am, but really, on the whole, the year stacked up as pretty grim, with unemployment still rampant and good folks struggling to figure out how to put food on the table for their kids.

Now that the New Year is almost upon us, I am, like everyone else, trying to determine what to do differently, how to make 2012 at least a bit less dismal than last year. I’m working on the New Year’s resolutions list.

And, rather than shoot myself in the foot with a long list of stuff I’m never going to accomplish, thereby assuring that I’ll feel like a colossal failure before February even hits, I’ve decided upon one simple resolution, which I intend to enact religiously, whenever the going gets rough and the misery of last year threatens to overtake my headset.

I resolve to have another piece of candy.

My friend and fellow blogger, Chrysa Smith, was blessed during her younger years with two aunts who responded to every crisis with the same mantra: “Don’t worry about it; just have another piece of candy.” Apparently, the aunties’ philosophy got them through many a sticky situation, with a smile on their faces, no less.

So this year, I’m adopting Chrysa’s familial slogan as my own. When the going gets rough, I’m simply going to stop my stewing and have another piece of candy.

Bills to pay that tally greater than my checking account? Time for a Reese’s Cup. Yet another car problem in the Bontempo fleet of aging vehicles? I’m popping in a Hershey’s Kiss. Kids dumping a boatload of woes in my lap? Think I’ll munch on a York Peppermint Patty. The world at large threatening to implode? Show me a handful of M & M’s. And every so often, I’ll throw in a single piece of dark chocolate—just for health reasons, you know.

I’m not sure my New Year’s resolution will improve me as a human being on any grand scale, but I’m fairly certain I’ll be a lot happier, which has to be better for anyone who has any measurable contact with me, especially my husband and kids.

Plus, there is one built in benefit; next year’s New Year’s resolution is already a given. I’ll be resolving to lose the twenty pounds I gain this year.