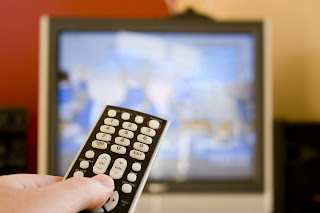 At age 77, my mother is going to learn Spanish.

No, she’s not traveling to a foreign country; she’s only going to her bedroom, where Spanish has become a necessity. And though it would be exciting to think it’s about an international golden-years romance, it’s not that, either.

Again, lest you think I’m referring to an intellectual pursuit, I’m talking about the TV show.

“Mare, I don’t know what’s going in this house, but I think your father’s haunting me and trying to drive me crazy,” she said on the phone the other day.

“Why? What happened?” I asked.

“Well, I was watching The Big Bang Theory in the family room last night and I was getting tired, so I thought I’d go watch it in bed,” she said. “I went upstairs and turned it on and they were speaking in Spanish.

“At first, I just figured they were trying something funny on the show; you know, they’re all crazy anyway, but then they kept talking in Spanish and I wondered when they were going to switch back to English. But they didn’t, so I thought, ‘Let me go downstairs and see if that’s in Spanish, too. So I did and they were talking in English. It was only in Spanish in my bedroom. And guess what else? It was only that channel. So now what? If I want to watch The Big Bang Theory in my room, I have to learn Spanish?”

“I really don’t think Dad’s haunting you, at least not through the television. You probably just hit the language button on your remote.”

“It’s usually below the mute button and it says, ‘L-A-N-G’ on it. The cable company can program televisions to let you change to Spanish now if you want to by pressing the language button.”

“Are you kidding me? Why does everything have to be so complicated? All I want is a button for ‘On’ and a button for ‘Off.’ You could fly a plane with these things, there’s so much stuff on them!”

“Mom, it’s easy. When you go up to your room again, just turn on the TV, go to that channel and if it’s still in Spanish, press the language button and it’ll go back to English.”

Sigh. Now that she doesn’t have to learn Spanish, maybe she’ll have time to learn how to work the remote.