A Pain in the Royal Butt 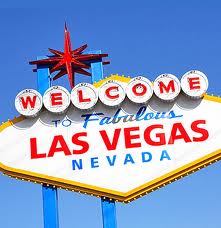 Well, Harry, I guess what happens in Vegas doesn’t stay in Vegas after all.

Unless you’ve been hiding under a rock for the past week (something I’m sure Prince Harry wishes he could do), you’ve seen them.

“Them” in this case refers to two things: the pictures of a naked Prince Harry cavorting in Las Vegas and the butt cheeks which make up the royal bum. And what a bum it is.

Back in the day, Prince Charles was a notorious ladies’ man. (I know, hard to believe when these days he sort of looks like a basset hound.) But the most we mere mortals got to see of his adventures were silly shots of the royal dancing with women in Brazil on some official trip, along with the occasional “stolen” pic of Charles with some British babe or another before he destroyed…er, married Diana.

And although we did get to hear that he dreamed of being a feminine care product in order to be as close as possible to his love, Camilla (never understood that one, either), we never got to see his butt.

Which is probably a good thing, because there’s no way it would compare to his son’s.

Come to think of it, Harry’s patronage has long been in question, as Diana admitted to an affair with Brit, James Hewitt, during her sham of a marriage to Charles. Pictures of Hewitt and the young prince side by side are more than enough to give one pause.

But if there are still doubts, and the royals won’t agree to a DNA test, how about a hiney comparison? Line up shots of the two contenders’ derrieres and let’s compare them with the shots of Harry that we all currently have as screen savers on our computers. Or maybe that’s just me.

Either way, I’m betting that Charles’ cheeks look a lot like the ones on his face, while Hewitt’s more likely resemble those of that naughty Harry. Hey, it may not be scientific, but it’ll be fun.

And as far as the uproar over whether the British press should have published the images in the first place, oh, come on. I know the royals try to carefully orchestrate their public personas and after Diana’s death requested that the privacy of the young princes be respected, but in case no one’s noticed, the princes aren’t so young anymore. (See the aforementioned photos of the royal caboose should you have any doubts.) Plus, Harry’s behavior is hardly indicative of someone who is fiercely guarding his privacy. Or his private parts.

I’m certain that although handsome Harry will take some heat for his antics (the British military is reportedly none-too-pleased and I can’t imagine the Queen chalking this up to boyish shenanigans), the damage won’t be long term, except, possibly, for the dopes on his security detail who are sure to be unemployed after failing to confiscate cell phones from Harry’s fellow party-goers.

And I really hope this doesn’t dampen Harry’s spirit. We need him, because here in the States, we’re right in the middle of a Presidential election. It would be nice if we aren’t the only ones behaving badly for the next four months.