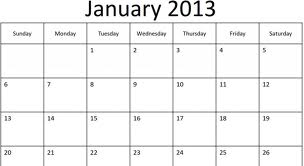 It’ resolution time again. You know, the annual New Year’s ritual whereby we all promise we’ll eat better, exercise more, be better people—in other words, lie to ourselves until February, when we’ll give up the whole charade as a lost cause, plop ourselves in front of the TV and eat a half gallon of ice cream while watching a Honey Boo Boo marathon on TLC.
Unless….
Unless this year is different.
Not different in terms of outcome—the resolutions as charade is a given, as is the ice cream and the trash television—but different from the start, especially if the primary resolution is one of absolution.
As in, absolution from guilt. As in, I will resolve to do all those really great things, and then, when I inevitably fail miserably, I resolve to not feel the least bit guilty about it because no one is that wonderful and ice cream is really, really good, so why shouldn’t I stick a spoon in a half gallon and eat the whole damn thing if I want to?
That’s it. The perfect resolution. I resolve to stop feeling crappy about myself when I fail to live up to the ludicrously impossible standards we all feel compelled to set for ourselves at the beginning of a New Year.
Does that mean I’ll stop trying to be better, do better, look better, etc., etc.? Nope. As my dear friend and fellow blogger, Chrysa Smith said last week, I’ll never stop trying. But I think that what I will do is stop beating myself up when I fail to ever look like Jennifer Anniston (I mean, really, M.F., give it up, already), be as poised and graceful as Julie Andrews (Maria Von Trapp I ain’t) or sell as many books as J.K. Rowling (why didn’t I write that story about a boy wizard when I first thought of it?).
I will stop sampling a plate of delicious French fries and following up the experience by whining, “Oh, why did I eat those?” I will wear the awesome heels I just bought at an after-Christmas sale without mentally lamenting, “I shouldn’t have bought these.” (They were on SALE, okay?!) And I will stop doing squats in the kitchen while I’m making dinner just because I didn’t exercise that morning. (Who does that? A lunatic, that’s who.)
So instead of resolving to do something, I resolve to stop doing something. And in giving up feeling guilty, I expect I’ll have a lot more time to do other things, even if it’s watching the adventures of Honey Boo Boo.
In fact, maybe a Honey Boo Boo marathon should be a requirement. Because after that, no matter what I’ve failed at, I’ll still look pretty darn good.
What’s your New Year’s resolution? Click “comments” below and share!