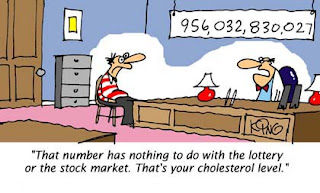 Break out the Lipitor, get on those running shoes and postpone any blood tests, because today I’m sharing a great-tasting, high-fat alternative to the standard grilled cheese sandwich (as if a standard grilled cheese wasn’t fatty or high enough in cholesterol already).
It all began quite innocently. When I went to see the movie It’s Complicated, I fell in love with the role of Meryl Streep. If you haven’t already seen it, she runs a French bistro, raises her own produce and flowers, has three well-raised children and a lovely home in California—what’s not to like? Well, as the plot goes, her re-involvement with ex-husband, Alec Baldwin—-as she turns from jilted wife to mistress; all with the same guy. What does all of this have to do with grilled cheese?
Well, food held a sensually visual role in this film, as she cooked up what looked like a delicious Croque Monsieur—grilled ham and cheese sandwich for a date night with Steve Martin —which a stalking Alec Baldwin, finished as soon as Martin beat it out of there. Joie, Joie–a little side salad and glass of Beaujolais, and I wanted to jump into that kitchen with them. It was all so delightfully French; invitingly rich. So I went home and onto my favorite recipe websites looking for a recipe that seemed possible. Once again, it came from one of my favorite chefs, Ina Garten, better known as The Barefoot Contessa.
So, I printed it out, posted it on the fridge and there it sat for weeks—maybe longer–until today. While doing my weekly grocery shopping, I stopped at the cheese counter and there was a nice chunk of Gruyere staring me in the face. OK, karma, I believe. It was the reminder I needed to get my apron on and my grater out and finally make this dish.
Be forewarned: It’s way more work than throwing a slice of Kraft American Cheese on two slices of bread and into a skillet. But it’s one of those special treats that you might make for a luncheon or brunch, when you want to serve something just a little bit different; slightly more sophisticated.
Here’s the link for the recipe.: http://www.foodnetwork.com/recipes/ina-garten/croque-monsieur-recipe/index.html. The ingredients are fairly basic, so it’s all in the preparation, and when I make it again, I’d rewrite Ina’s recipe just a bit. First thing would be to grate all of the cheese, pull out your other ingredients. Then heat the milk before you melt the butter. I’d also watch the oven racks for the toasting of the bread and the broiling of the sandwiches: mostly because the bread goes through toasting, baking and broiling, it can easily get too crunchy or a bit burnt around the edges.
The recipe calls for 16 slices of bread; enough to make 8 sandwiches. I didn’t read the serving size before I began. So I saved the cheese mixture in my fridge and think I may try this again with or without the ham—-potentially with some sliced tomato instead. If that’s any good, I know where my summer tomatoes will be going this year.
Bon Appetit.
Mary Fran Bontempo2018-10-30T09:56:20-04:00March 31st, 2011|3 Comments