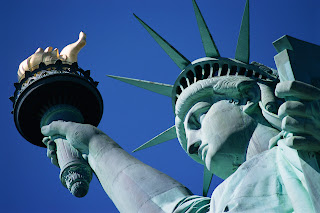 That glorious word that, as Americans, we’re privileged to revel in every day, but never more so than on the 4th of July.

Of course, the democratic freedoms—of religion, speech, privacy and the ability to come and go as we please—are irreplaceable, and we honor and respect those who fight for them.

But this 4th of July, I’ll be celebrating some other hard-won freedoms that, to my way of thinking, represent my own personal Declaration of Independence.

Here are some truths that after 53 years are finally self-evident to me:

I am at liberty to not cook dinner. This is a biggie for me; a freedom that I’ve not quite gotten my head around since, for 31 years, I’ve been my family’s chief cook and bottle washer. However, the fact is that everyone in my house, except the dog, is perfectly capable of getting his or her own dinner. And breakfast. And lunch. It doesn’t have to fall to me to prepare every meal for the masses, despite the fact that all of the kids are still living at home, much to their chagrin.

Lucky for them, I still love to eat, so no one’s going to starve. But from now on, there may be an occasional evening when the bear cubs are going to have to forage for themselves, or even make me dinner, which they have all done quite well on more than one occasion. And I’m free to let them, which I plan to do, way more often.

I am free to tell my kids to figure things out for themselves. Again, this is new for me, but everyone is finally of an age where I can indulge in it without legal retribution. Since their births, I’ve made it my business to deal with all of my children’s “stuff,” solving problems, inserting myself into situations I had no place in and dispensing generally unwanted advice. Well no more. I am exercising my freedom to tell the kids to go and figure things out for themselves. My husband and I had no clue how to navigate the world and we did okay. It’s time for the kids to do the same and for me to step out, which actually amounts to a freedom for them, too. I bow out, they figure it out, and we’re all freed. Hallelujah!

I have the freedom to not give a damn. Okay, this sounds bad, but it’s actually very good, especially for me. At 53, I’ve realized that I really don’t care what anyone thinks of me, at least not much. My goal is to not care at all, at which point I’ll be truly, genuinely free. The way I see it, the people who like me, like me, and the ones who don’t…oh well. There are plenty of other people around for them to like and I’m just fine with the number of people who do like me, so no one’s lacking friends. It’s a win-win. Moving on.

And since we’re talking personal declarations here, I’m also going to declare my right to take naps, eat copious amounts of dark chocolate and drink wine before 5 o’clock, without providing an explanation for anything other than it’s what I feel like doing.

I’m proud to be an American, no more so than on Independence Day, when we all celebrate freedom, no matter what form it takes. Happy 4th of July, one and all. Let freedom ring!