2.5 Million Friends Too Many 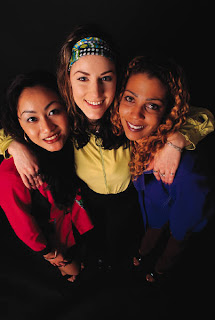 Did you ever hear the expression, “You can’t have too many friends?”

I beg to differ.

According to all of my current social networks, online communities and professional internet groups, I have direct or indirect access to approximately 2.5 million friends.

That’s a lot of birthday cards.

As a kid, I didn’t have many friends. I was a little nerdy (okay, I was a dork) and as a result, awkwardly shy. Plus, while everyone else was listening to the Rolling Stones and Bruce Springsteen, I was singing “Puppy Love” along with Donny Osmond, which didn’t help my case any. Even my siblings thought I was weird.

So you’d think that at long last, with friends coming out of my ears, I’d be reveling in all of this friend-love.

But frankly, it freaks me out.

I’m still kind of weird, so I’m really wondering: Why do all of these people want to be friends with me, anyway? (In the interest of full disclosure, my husband took me to see Donny Osmond perform a few years ago at the Mann Music Center in Philadelphia, so you can see that not much has changed.)

I’ll admit that it’s partly my fault. When I found out that you could ask people to become your friend under cover of the relative anonymity of the internet, thus avoiding face-to-face rejection, I went a little crazy. I clicked “Add Friend” anywhere I could, in the hopes that I’d get a few innocents who didn’t know me too well to join in a cyber-friendship.

What I didn’t expect was that all of them would not only say “yes,” but would recommend other people to be my friends, too, which is when I started getting friend requests from people I didn’t know. Remembering the sting of my young, relatively friendless years, I just couldn’t say “no.”

Which is how I came to have 2.5 million friends.

Fortunately, my new friends don’t demand much of me. They send me invitations to things I never go to and occasionally, they “Like” something I write about, which is nice of them. They never ask me to pick up something at the store for them and they never call me to vent about their issues. Even if they did, I wouldn’t know what they were talking about anyway, as the most I know about the majority of them is what I can glean from a one-inch square photo and a few profile facts which could be made up.

All of which leads to another problem: I’m still not sure any of them like me.

I’ve been invited to a gathering by an actual, flesh and blood friend (she shall remain nameless to protect her identity) and told to bring along at least three other people to join the fun. And out of 2.5 million “friends,” I can’t think of one to ask who would a) say “yes,” b) not think I was crossing the line from cyber-friend to real-life stalker, or c) think I was trying to sell her something. (Unfortunately, many of my millions of friends appear to have ulterior motives which have nothing to do with friendship.)

So despite my legions of friends, I think I’ll be going to the party alone. Of course I’ll tell my 2.5 million pals about the experience afterwards via all of my internet outlets, which I’m sure will be fine with them. They probably wouldn’t want to hear me singing “Puppy Love” all the way there in the car anyway.